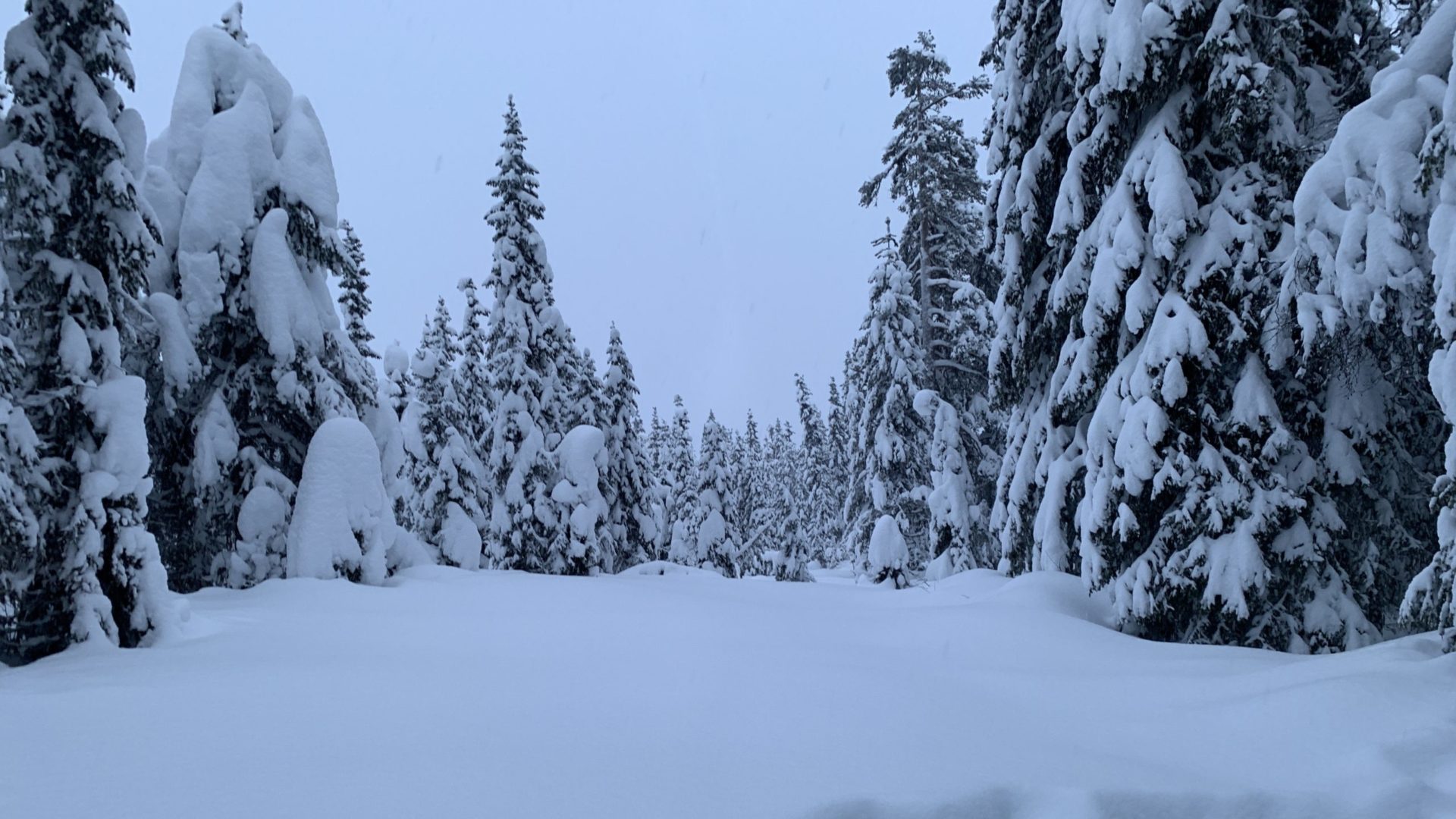 Last summer an American friend and journalist came to visit us in Berlin. I asked him whether he believed that Barack Obama would be the next US president. The excitement about his remarkable race to the democratic nomination was in full swing in the United States. In Germany, the phenomenon of Barack Obama came to the public’s attention more slowly. My friend thought about the question for some time and said: „I think racism will rear its ugly head.“ Today, Barack Obama is the designated presidential candidate for the Democratic Party. Nevertheless, my friend is right. Racism is rearing its ugly head, on both sides of the Atlantic.

On June 5th, 2008, just after Barack Obama’s historic victory in the Democratic primaries, the left-leaning Berlin daily tageszeitung (taz) ran the headline „Uncle Barack’s Cabin“ right above a photograph of the White House. Could there be a more offensive show of contempt for whom may be the first black US President? The reference to the tragic figure of the all-pleasing slave who sacrifices his life is insulting and a well-calculated blow below the belt. Is it futile to hope that German commentators have finally put aside their prejudices regarding Barack Obama’s skin colour? Such verbal lapse is neither new nor surprising, if one does not confuse left and liberal with anti-racist credentials. There is no automatic match!

Domestic coverage over the last two years of Barack Obama, the phenomenon and the man, shows striking evidence of the deeply stereotypical ideas about black people still held in German editorial departments. The reactions to Obama range from astonishment and uncertainty to suspiciousness and mockery, to euphoria and transfiguration. The media obsession with the hitherto unknown senator is legitimate. People want to know everything about his biography and his political agenda. Yet commentaries and analysis often focus exclusively on his physical attributes. The dilemma is evident. How to grasp this unusual man, who will not disappear from the political arena in the near future? The inconvenient truth is that Obama is a historical figure to be reckoned with, whatever the outcome of the presidential election.

There seems to be no end to the variety of linguistic ideas of how to describe Barack Obama’s ethnic background. In German papers, Obama has been named „Afro-American“ or „black“, „coloured“ or „dark-skinned“, sometimes „brown“, even „half-black“ or „neither black nor white“ (Die Welt). The Frankfurter Allgemeine Zeitung refers to him as „mulatto“ or „coloured, but not Afro-American“. The web blog „West Wing“ of the political magazine Spiegel Online is convinced that, Obama is „too black for many Americans“ to claim the White House, where as DIE ZEIT (a prestigious weekly) is concerned about what would happen if „the White House was no longer white“. After all, Obama would bring some „colour to Washington“, writes the taz, and, in another article, tries to give a more complex explanation. Under the headline „Anything but white“, the paper states: „There seems to be general consensus that the man is not black, at least not as black as Jesse Jackson was, who repeatedly tried to become US President.“ The article continues: „However, Obama is by no means white. Such Non-Whiteness, unlike his Blackness, is not blanked out to the same extent from public awareness.” It is at this point, at the latest, that one is sorely tempted to blank out the rest of the article.

In a recent television debate one journalist stated that Obama was „not as black as everybody thought he was”. The Swiss newspaper Weltwoche makes an astonishing discovery: „In front of a rural audience, the Harvard-educated son of a Kenyan and a white American woman looks as white as a Wall Street banker.” It remains doubtful whether that affects his chances of winning the election. The tageszeitung therefore recommends to „sit back and do not blacken.” Such fanciful chromatics used by some commentators is though-provoking, as is the frequent, unquestioned use of the term „Rasse“. To regard it as a mere translation of the English word „race“ does not suffice. In German, this term still has historically charged Nazi connotations. To read about „racial identity“ and „racial tensions“ (tageszeitung), about „racial motives“ and „racial problems“ (Sueddeutsche Zeitung) as well as „race politics“ (Welt), „race questions“ (Tagesspiegel) and „racial barriers“ (Die Zeit) in German has a strange undertone. The Swiss daily Neue Zürcher Zeitung refers to „racial integration“ and the Frankfurter Rundschau declares: „The race card does not win.” There seems to be no such concerns with regard to Barack Obama. The popular feminist magazine Emma, for instance, reprinted an article from the New York Times about the historic and sometimes fractious relationship between the civil rights and the women’s movement in the United States. The original title is: „Rights vs. Rights: An Improbable Collision Course“. Emma changed it to „Race beats gender.”

While German commentators frequently point their finger towards the United States in disgust when it comes to racist attitudes, it seems there’s an open floodgate for these very same commentators’ use of racist stereotypes. On the other hand, German „experts“ on American politics now and then draw rather odd conclusions. „It may sound unbelievable, but the United States of America is no longer a racist country,“ the Frankfurter Rundschau proclaims, shortly after the announcement of Obama’s candidacy, and continues: „Due to massive immigration, American society long ago became a mixed-race society—to such an extent that the essential racist belief in blood purity has become implausible to even the most backward trailer park inhabitant in Georgia.“ Well, it certainly seems plausible to the Georgian bar owner who is selling T-Shirts depicting Barack Obama as a monkey. This just one small example of how racist attitudes still continue to strive, especially if people can make money out of them. In a recent interview with CNN, the Democratic Senator Claire McCaskill said: „Racism and sexism are alive and well in the United States.“

Coming back to the German media coverage – no other candidate’s physical attributes have come under such scrutiny. We learn a lot about Obama’s good looks, slim figure and soft voice. About his facial features and that he is „probably the only politician who looks smashingly good despite his jug ears“ (Weltwoche). He is „the hottest politician America has to offer“; Stern magazine is raving, and repeatedly draws attention to his „partly unbuttoned shirt“. „His short, natural hair“ is considered to be „proof of his own race loyalty“, remarks the Sueddeutsche Zeitung whereas the women’s magazine Brigitte acknowledges that this man of „different skin colour“ has an „incredible aura“ and is „a much better dancer“ than Hillary Clinton.

Perhaps the general uncertainty of the German media about Obama is due to the fact that hitherto it has not been confronted with a black man whose influence stretches beyond entertainment or sports. A man, who is determined to become the most powerful politician in the world. And who has a better-than-average chance of succeeding. What does it mean, if the „non-Western majority of the world population resides in the White House“ (Die Zeit)? It is safe to assume the weekly means rather the „non-white“ majority. In what reads like a doomsday scenario, the Welt newspaper claims that on the day of Obama’s inauguration „the Mall will be darkened by blacks.”

Should Barack Obama actually become the 44th US President in November of this year, some German commentators would have to seriously reconsider their choice of words, or rather hope that Obama, the „twaddler“ (Financial Times Germany), this „bowling washout with a gangster connection“ and „candidate for the chill-out-zone“ (Spiegel Online) will turn out to be a „real man“ (ZEIT). Probably better that he would be a gentleman who does not read German newspapers. But even if Barack Obama does not move into the White House, a more sensitive approach with regard to racist language would be desirable. In that case, German commentators might be prepared for the first applicant from an ethnic minority to strive for the German Chancellory. He or she will emerge – sooner or later.